Aside from the unique dry landscape, ancient caves, fascinating villages, and interesting people, there are several genuinely interesting things for visitors to the region, such as these colorful and fascinating festivals.

This is the biggest festival in Upper Mustang and is held annually around mid-May. This three-day festival celebrates the triumph of good over evil with masked dancers in colourful costumes, to the accompaniment of drums, Buddhist horns, and the chanting of Buddhist monks.

The festival supposedly started about 500 years ago to commemorate the victory of Buddha, in an incarnation as Dorje Sonnu, over demons in order to banish these demons who were causing droughts in the area. Naturally, the deity defeated the demons, bringing peace to the area.

Today, the excitement over Tiji starts a few days earlier when people from all over Mustang and beyond make their way by foot, mule, and nowadays by jeep, to Lo-Manthang. Lo-Manthang is the walled town at the center of Upper Mustang and the traditional home of the King of Lo.

Unfortunately, the 25 kings in this lineage died in December 2016, but the festival will continue with the monks of Choedhe Monastery performing ritual dances and chants in both tributes to the late king and to continue this ancient tradition.

Along with the sounds of horns and chanting, the festival is alive with masked dancers, intoning spells and waving their swords in the air. An ancient Thangka painting of Guru Rimpoche Padmasambhava is displayed during the festival, the only time it is on public display.

As you can imagine, the small town of Lo-Manthang will be very busy with people from the surrounding areas as well as visitors and tourists. Therefore, it’s a good idea to plan well in advance if you are thinking to visit at this time!

With almost all families in Upper Mustang still having a number of mules to transport goods around, this festival continues with its dual purpose – it allows young men and women to demonstrate horsemanship, and, time on the August full moon day, it celebrates the end of harvesting and the end of summer.

In fact, Yartung means ‘end of summer’ in the local language. This 3 or 4-day festival consists of horse races, drinking, dancing, and prayer. On the first day, monks guide the procession into the empty field on the outskirts of Lo-Manthang where the first celebrations take place.

Archery and football competitions are an attraction of the festival. But definitely the most anticipated event is when locals can show off their horsemanship and participate in races and other feats with their mounts. This is a festival that travels and locals join a procession to Khimkar (near Muktinath), Jharkot and Ranipauwa, with festivities taking place in each location. Quite a sight to see! 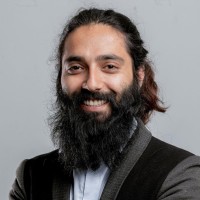