Lush rhododendron forests, dramatic mountain views, traditional communities steeped in local folk law and traditions combine with the third highest mountain in the world. Located in the far east of Nepal and the border with Sikkim, the Kanchenjunga Conservation Area was one of the first areas to be explored yet remains one of the least visited. In fact outside of November you would be hard pressed to see any other hikers on the trails.

Along the higher trails, communities are isolated from the lower valleys from a maze of ridges and summits. Treks in this region are a little longer, a little harder and ultimately worthwhile as you explore one of the wider corners of the Himalaya.

The return trek to Kanchenjunga base camp takes about 20 days, but can be combined with a number of lesser trails that lead to some of the most magnificent wilderness areas of Nepal. Whether you chose to trek to south base camp, north base camp, or combine the two taking you into the intriguing communities of Olangchun Gola and Yangma. From here remote takes on new meaning and the chances of spotting a snow leopard are better than any other area.

There are two main seasons; April to May and October to November. Both offer very different experiences. The pre-monsoon period in April and May offer stunning rhododendron forests but lingering clouds can remain. October to November is the best for weather and cloud free days. Kanchenjunga makes its own weather at times, and suffers heavy monsoonal rains. Trek in December and you can be trapped by heavy snows, that block the passes till mid December to late February.

Magical Nepal has had extensive experience in the Kanchenjunga area and can accommodate groups from two trekkers and up in either camping or teahouse treks. If you are fit, and want to see Nepal as it was 50 years ago then this is the trek for you. 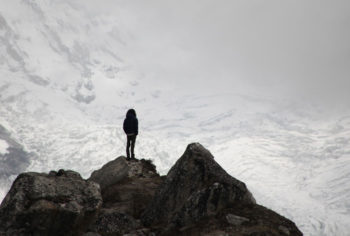 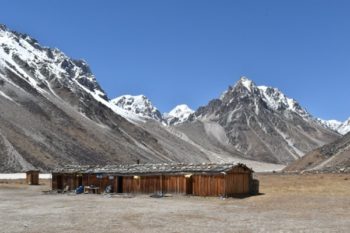 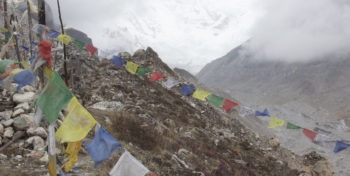