Flanked by the Annapurna’s to the west and Ganesh Himal to the east, Manaslu is one of the most graceful of the 8000 m giants. Physically demanding, culturally enriching, and scenically uplifting, it takes you from the steamy lowlands – with their terraces of rice and millet – through the mighty gorges of the Budi Gandaki, to the snow-bound Larke La close to the Tibetan border, then down the well known Marsyangdi Valley to the verdant foothill country once more. It’s a visual feast from start to finish – but you’ll need to be fit.

Bill Tilman came here in 1950 but it wasn’t until 1991 that the Manaslu circuit was opened to just 400 trekkers per year. The classical route starts from Gorkha but if you wish shorter routes are available.

The Larkya La pass at 5135 m is the highest on the route where you stand among cairns and wind thrashed prayer flags hemmed in by Manaslu outliers to the south and border peaks to the north. The clearest views are to the east back the way you have come but the most spectacular view can only be won after you have crossed the pass and worked your way along a fairly level corridor to the west.

Suddenly, a great glacial cirque bursts into view. A stupendous wall created by Cheo Himal, Himlung Himal, Gyaji Kangand Kang Guru, casts down a stream of glaciers, while Annapurna rises above the blocking ridge ahead. 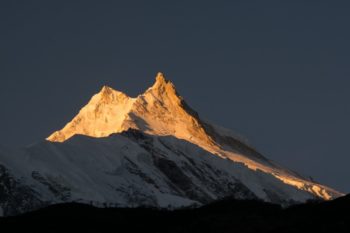 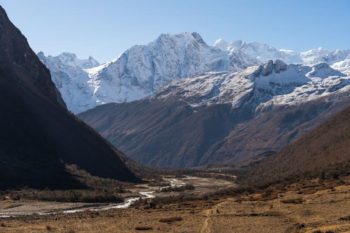 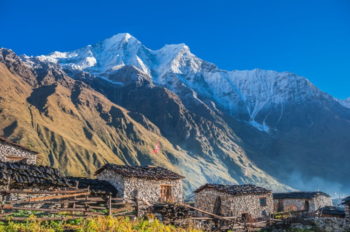