The Dolpo region lies in the remote west of Nepal. Padma Sambhava brought Buddhism here in the 8th century. It is a succession of revelations to the enquiring trekker but it’s stony ways and cold passes test the muscles as well as expand the mind.

The Dolpo does not look or feel like the Kathmandu valley or even the Everest region. It is one of the few remaining undisturbed remnants of Tibetan culture and the last redoubt of the little-understood Bon religion that pre-dates Buddhism.

In 1956 David Snellgrove laid the way with his book “Himalayan Pilgrimage” closely followed by David Mattheiessen in 1973 with “The Snow Leopard,” then in 1999 Eric Valli brought the Dolpo to the screen with his stunning film “Himalaya.”

Only a limited number of people are allowed into the region annually. There is also a special fee attached to trekking in this region with precludes a lot of travellers. Check with Magical Nepal for the current price, but if you can afford it, and a three week trek would hardly do the area justice, you will not be disappointed.

Shey Gompa, the crystal mountain, and Phoksundo lake have evolved into a trek that is almost a pilgrimage. It is the highest inhabited land on earth, where the elusive snow leopard moves as soundless as a shadow, stalking small herds of Bharal on forgotten hillsides.

Remote and romantic, it has no major 8000 m peaks to entice with vertical adventures, but those who are drawn to its mystery are changed forever. For a single visit here to visit this ancient land has a way of haunting ones dreams with a demand to return. 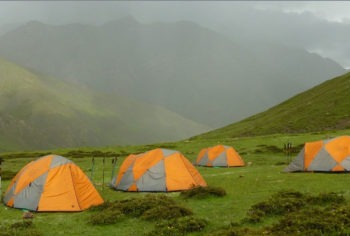 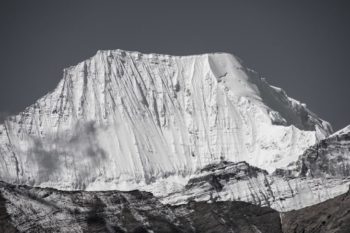 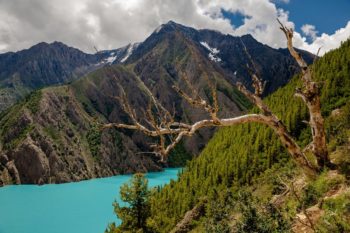 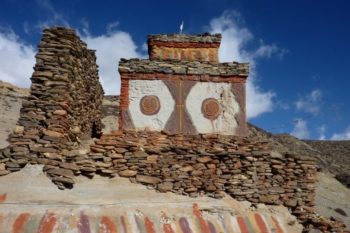 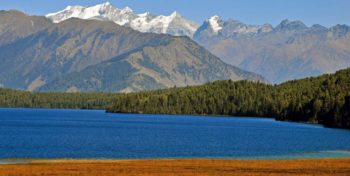